3 Important Steps to Eradicating an Ant Colony in Your Home

With the impending arrival of spring, are you finding your kitchen is being filled with tiny six-legged invaders? Are you getting tired of being bitten or stung by ants in your own home? Although arguably more sanitary than most insect pests, such as cockroaches, that may invade your home, having to deal with an ant invasion is no less frustrating. Just as you think they're all gone, the ants pop up once again, sometimes even more aggressive than before. In order to take charge of the situation, here are some things that you need to do:

The ant pesticides that you can buy at the store is generally only meant for brief short-term use. It's fine for exterminating small nests but will be largely ineffective against larger nests. Over time, the pesticides will become more and more ineffective against a certain nest as workers who are immune to the pesticide start to outnumber the workers who have died off. This is especially true if you're fighting a species of ant that may have multiple queens in one colony. One queen may be immune even though another one dies off. Services like Be There Pest Control will have a better selection of pesticides and know when to switch to another chemical in order to prevent the colony from building up immunity.

Even with the help of the help of an ant control professional, it'll be difficult to eradicate the colony if they have relatively free access to food in your kitchen. Ants can chew through a variety of substances if they think that there is food inside, including thin plastic, mylar, and cardboard. For instance, a box of unopened cereal fresh from the store isn't going to be safe if an ant decides to start gnawing on the inner packaging. Repackage all food into airtight glass or thick plastic storage containers to prevent the ants from gaining access.

An ant colony isn't going to be able to survive if it has no access to water. Even a faucet that only drips once a minute or so can hamper your efforts at ant control. Although most dripping faucets can be fixed by replacing a worn rubber washer, you should also be prepared to have your plumber tell you that the faucet needs to be completely replaced in order to ensure that it no longer leaks. 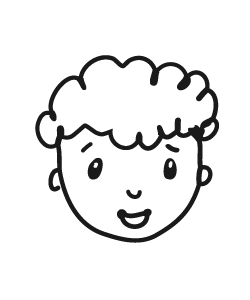 I have never been one of those people who is alright with bugs running through their house, which is probably why I started focusing on pest control in the first place. I wanted to make sure that nothing would get in the way of me enjoying time with my family, so I began snapping pictures of the bugs in my house and then talking with professionals about how to resolve the problem. Within a few weeks I had an expert spraying for pests, and I was really impressed with just how effective they were. Check out this site for great tips on killing bugs.

3 Subtle Signs That You May Have A Termite Infestation
5 December 2019
Are you a homeowner? How long has it been since your home had a termite inspection? If you live in the southern half of the United States, you should …

Some Signs That You Might Have Some Unwelcome Visitors Of The Insect Kind
26 July 2019
If you are worried that you have some kind of bugs infesting your house, you might want to know some of the signs that you might be right and what kin …

Tips To Proactively Prevent The Spread Of Bed Bugs
26 March 2019
If bed bugs hitchhiked on your luggage when you went on vacation and you found a couple of them in your bedroom, then it's important you take proactiv …